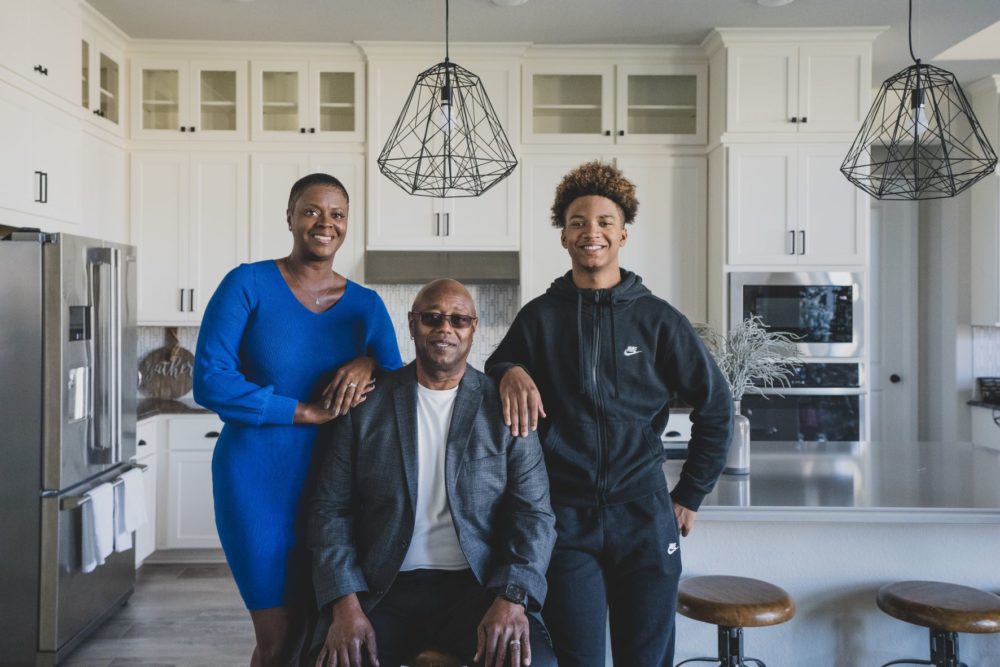 Rasheeda Goodwin says she would recommend J. Patrick Homes to “anyone who will listen.”

And listen they should — not only has Rasheeda owned 15 homes, she’s also a Realtor. In short, she knows homes.

Rasheeda and husband Charles moved to the Houston area about a year ago from Atlanta and quickly bought a former model home. Saying it was “not the ultimate house,” the couple began their home search again after only about six months or so.

Their search led them to Artavia and J. Patrick Homes.

“I guess the stars aligned, we found J. Patrick and this home so I guess we were meant to be here just at a different time.

We love the proximity to the Woodlands and all the things that interest us.  It’s also convenient to my son’s college.  We love the quaint feel, the walking trails and seeing people out an about.  Some neighborhoods you never see the people but that’s not the case in ARTAVIA. We were so drawn here that we walked away from a pending build/contract.  No regrets.”

The couple came across a J. Patrick home that had just been drywalled and — what Rasheeda calls a “total score” — had also been reduced in price. She liked the home’s vision and they put a contract on the house.

Although the flooring, paint, tile and other features had been pre-selected, Rasheeda says J. Patrick Homes allowed her to make changes that were important to her.

“I wanted a white house,” she said. “I changed the floors, the countertops, the stair rail, added beams, sconces — they pretty much never told me ‘no.’”

And when the inevitable delays that 2021 brought to many construction projects happened with this home, Rasheeda says J. Patrick Homes did the right thing, calling the builder “customer-centric.”

“They did things that they didn’t have to do, especially when hiccups happened that were not their fault,” she said.

That stellar customer service continued after the keys to the home were handed over, Rasheeda said.

“There was one light switch that when flipped turned on many different lights — I just couldn’t live with that,” she said. “I sent a video to J. Patrick Homes and not too long after got a call from the foreman who was going to have someone come out to install multiple switches. I was so grateful.”

The Goodwins have been living in their new home for a couple of months and couldn’t be happier.

“I love the whole house,” Rasheeda said. “I really like the flow. My husband was sold on the outdoor kitchen and the fact that the sink has hot and cold water — it’s little things like that that make the difference.”