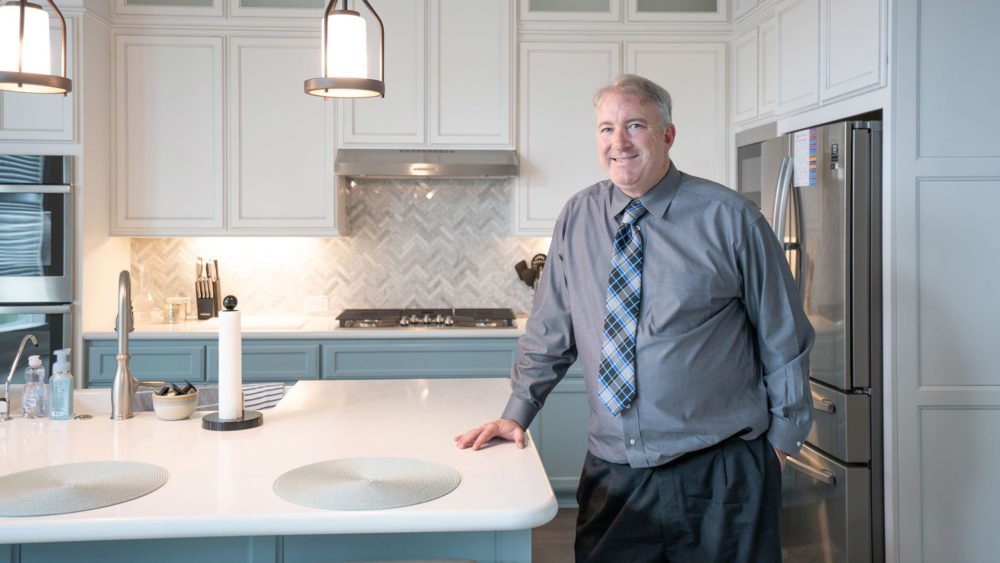 Cox Was Prepared to Be Impressed — And He Was

What sold Brian Cox on J. Patrick Homes were the details.

Not just in how the home was built — although that was certainly a stand-out — but also in the detailed manner sales professional Rick Cole explained the building process, kept him up-to-date and reviewed all the functions and features of his new home.

“My Realtor had been to the model and said she could take me to other models, but she thought J. Patrick Homes would be a slam dunk,” said Brian, who was moving from a leased home in Spring.

“The home was obviously structurally sound, but it was the little details that really made the difference to me,” Brian said. “You could just tell it was well built.”

Cox was also impressed with Rick’s lack of a sales pitch.

“There was no push, he just said ‘whenever you’re ready,’” Brian said. “It made me very comfortable and it was obvious he was very confident in his product and how J. Patrick builds homes.”

After thinking it over for a few days, Brian returned and went over floor plans, searching for one that would give him a downstairs guest suite, a game room, hopefully a media room and an open-concept living area. He ultimately decided on the Oxford plan, selecting one that had just started construction that would allow him to make interior selections and meet his deadline for when his lease was up.

Brian said he visited the home often during construction and found J. Patrick to be very responsive if he had a question or concern.

“I did find a couple of things and they were right on top of it,” he said. “That really impressed me.”

He was also happy to know that features sometimes considered extras — such as an irrigation system and full gutters — came standard.

“I’ve loved those features in other homes and they were very important to me,” Brian said.

“The home is absolutely beautiful,” Brian said. “It feels like every day I’m on vacation. It doesn’t feel like my house yet.”